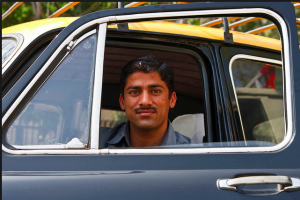 Canada is a huge country and not too populated so they open their doors to loads of people from all corners of the world who are young enough to add to the work force and hopefully add to the population by starting a family there.

My taxi driver from downtown Saskatoon to the airport told me his story about coming to live in Canada from his home on a farm in the north of India. He is a computer engineer pursuing a masters degree in computer technology. He knew no one in Canada. When he arrived at the airport, he called the number of a man who was supposed to help him get settled. The man did not pick up his phone. He sat at the airport for a while thinking about what he would do. A man approached him and asked if everything was OK. He explained that he doesn’t know how to begin his life in Canada. The man said he knew of two men looking for a third to share an apartment. He called and the place was still available. The man was a taxi driver and drove him there. To pay his way through school, he too became a taxi driver and the two are still best of friends.