Organ Donation: Do You Take a Life to Give a Life? 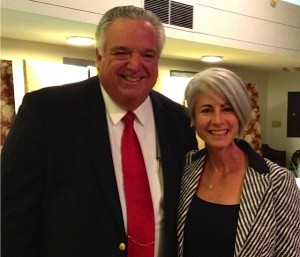 I was deeply touched by Stephen Flatow, a loving father who speaks from his heart about his daughter Alisa, 18 years after her murder in the Hamas suicide bombing known as the Kfar Darom bus attack.  She was 19 years old and on her sixth trip to Israel, a country she loved. She assured her father that her weekend getaway to a beach resort in Gaza was safe; she was traveling with friends and took a public transportation, all rules her father required her to follow.

When the New Jersey native heard on the radio that there was a terrorist attack in Gaza, his heart skipped a beat.  Then he got a phone call from a parent of his daughter’s friend saying the girls were on the bus that was attacked and the other two girls made it back to Jerusalem, but they didn’t know where his daughter was.  He got on the phone and eventually found the hospital where she was being treated for a head injury. The doctor told him, “Come as soon as you can.”

He was escorted through the Israeli airport and taken by government officials directly to the hospital.  As soon as he arrived, he was asked “Will you please consider donating her organs?”

This wasn’t an easy answer for an orthodox Jew whose religion dictates that you cannot take a life to give a life.  To donate organs, you have to be ‘alive’ so blood is still pulsing through them.  He also knew that if Alisa were taken off the ventilator, she would not take another breath. When is a person dead? When the brain is dead or when the heart stops beating?

Six of her organs were donated and three of them were accepted, regenerating three lives in the country she loved.  Stephen M. Flatow became an activist for terrorist victims’ rights and organ donation.  Needless to say, it was an honor to meet him.