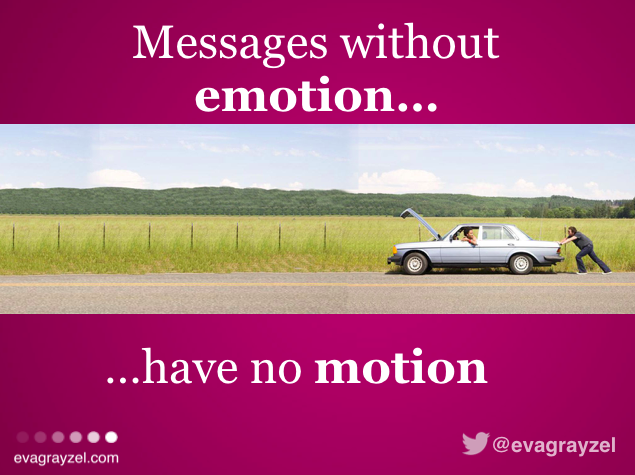 Emotion is essential to learning. I figured this out in 1987 (almost 20 years ago) when my part-time job was teaching biblical stories in an after-school program while pursuing a career as an actress on Broadway. The curriculum was top-notch. However, each and every week, when asking students to recall the story I told the week before, it surprised me how little they remembered.

The students were bored with the 2000 year old stories. I tried reading in different accents; the fun wore off quickly. I invited the students to read…there was no fun in that. Then, I narrated the story and added dialogue as I pointed at a student to spontaneously role-play the character. They repeated the dialogue in their own words putting themselves into the part. Sometimes, on their own, they added an appropriate hand gesture or movement. But, if I wanted more from them, I would just add it to the narrative: “The king threw his arms in the air and said in a loud commanding voice …”

Suddenly, my classroom came to life. As the narrator, I could make the topic relevant to them. ‘The king bit his nails.’ Or, ‘The queen couldn’t say no…’ I could mold each story just enough to address a current issue students were dealing with in my classroom. I was creating an emotional connection to the topic by describing how the character felt, knowing that I had students who felt similarly.

This interactive storytelling motivated students to start sharing their own stories relating to the topic. Relationships were developing. Students were having fun. Most importantly, when I asked students to tell the story we enacted last week, they remembered every detail and even added details that made the story real to them. What could be more rewarding for an educator?